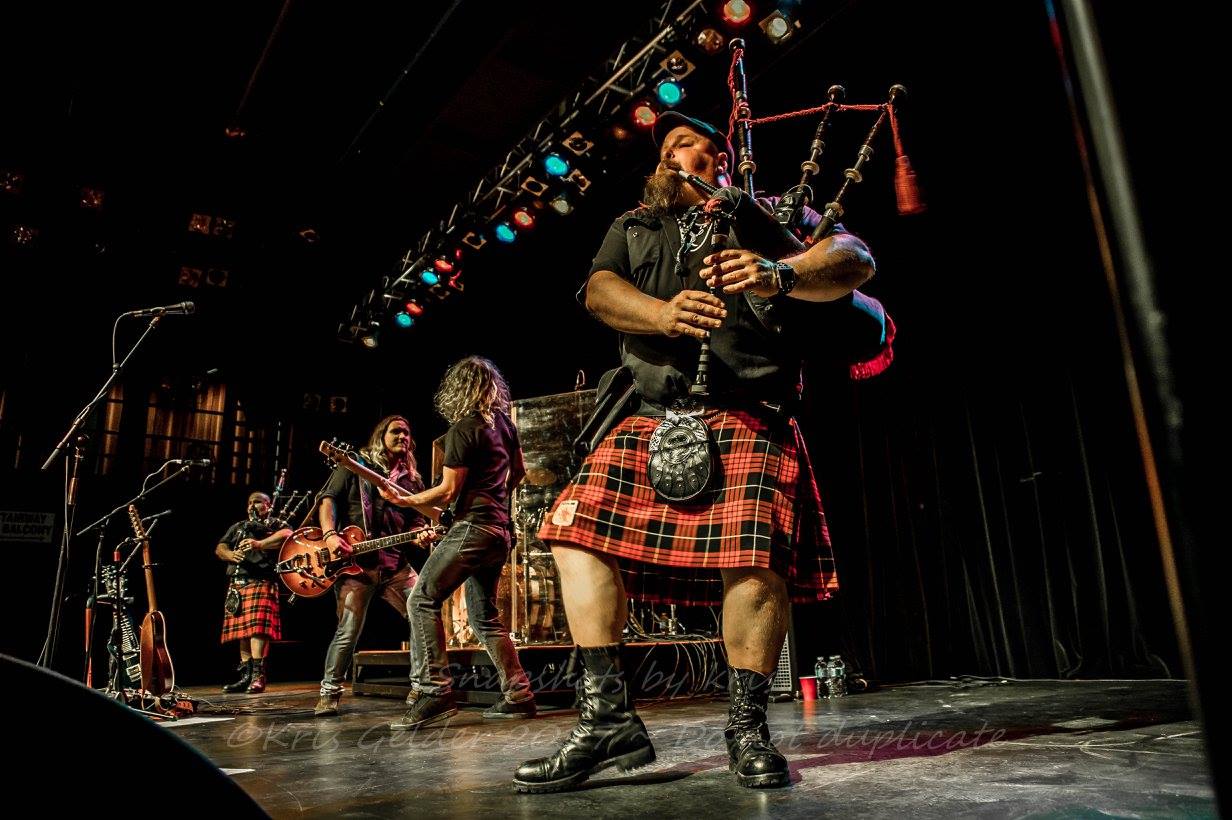 Canada’s Celtic rock warriors are 21 this year. With 3,000 performances, 9 CDs and 6 music videos to their credit, they’ve come a long way since the days when founding members Robby and Sandy Campbell were mixing mortar and laying bricks on building sites – hence the name Mudmen. From a musical family in Alvinston, Ontario, Sandy was offered bagpipe lessons and Robby soon joined in. The brothers’ initial influences were The Irish Rovers who gave them their start in the business. That is, until a friend introduced them to AC/DC. You can still hear elements of Scottish traditional music in their high-octane performances, with the pipes complemented by the guitar, banjo and vocals of Mike Meacher, bass guitar of Dan Westenenk and drums of Jeremy Burton. The band’s off-stage friendship and love for performing shine through in their live shows. When they’re having fun, so is the audience!